The Bank of Canada today announced that it is maintaining its target for the overnight rate at 3/4 per cent. The Bank Rate is correspondingly 1 per cent and the deposit rate is 1/2 per cent.

The Canadian economy is estimated to have stalled in the first quarter of 2015. The Bank’s assessment is that the impact of the oil price shock on growth will be more front-loaded than predicted in January, but not larger.

This is the second announcement in a row where the Bank of Canada has maintained the overnight rate since the unexpected .25% drop on January 21st 2015.

The next scheduled Bank of Canada date for announcing the overnight rate target is May 27th, 2015. 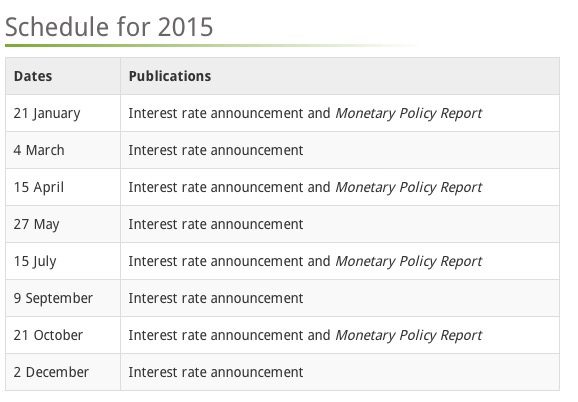 Here is a copy of the full Bank of Canada Announcement.

Here is a copy of the Monetary Policy Report that was released today as well.